Call for Europeans to elect 25 MEPs from EU-wide list

EUOBSERVER / BRUSSELS - Members of the European Parliament's constitutional affairs committee have backed a report that calls for the creation of 25 additional MEPs, elected on a pan-European basis in order to boost the legislature's popular legitimacy.
The report's draftsman, Liberal UK MEP Andrew Duff, also hopes the scheme will in effect result in the election of the president of the European Commission, while eurosceptics fear the move will further undermine the EU nation states.
Mandated under the EU's Lisbon Treaty to take a fresh look at parliament's composition, MEPs in the constitutional affairs committee backed the Duff report on Tuesday (19 April) by 20 votes to four.
The proposed system, which would see EU citizens receive two ballot sheets during European elections - one for national candidates and one for EU-wide ones - now needs to win the majority support of MEPs during a full sitting of the house this June, as well as the backing of national governments.
"The proposals ... if passed ... will transform the elections to the European Parliament. They will create a European dimension to the campaign that has never been there before," Duff told journalists after the committee meeting.
"They will personalise the election campaign because there will be characters that will be up for trans-national support," he added.
The EU-wide list would have to feature candidates from at least one third of EU member states, with a new mathematical formula on how to distribute MEPs yet to be determined.
"Above all, it will force these European political parties that we have had for years ... to become full-scale campaigning organisations, competing with ideologies and policies," Duff said.
"It's an important step forward for post-national democracy."
This last point is exactly what some politicians fear, seeing the pan-European initiative as a further undermining of the nation state in favour of an 'ever greater union', with the four MEPs voting against the report all from Britain, according to Duff.
The island nation has traditionally been seen as a more reluctant member of the EU.
"I am confident that the British government would veto this proposal if it ever came to the European Council," Conservative UK MEP Ashley Fox said in a statement. "I cannot remember a single person on the doorstep who has told me they would ever support such a move."
Elect Barroso's successor?
With several of the report's proposals requiring an EU Treaty change, an intergovernmental conference and ratification in each EU member state, Duff conceded that it would be a tough challenge to have the plans adopted.
But with critics frequently complaining about a lack of democratic accountability in the EU, the Liberal MEP believes the plan could also enable EU citizens to have a greater say over the next president of the European Commission, rather than the current behind-the-scenes negotiation that saw Jose Manuel Barroso and his predecessors secure the post.
The proposal is not specifically mentioned in Tuesday's report, but Duff believes European political parties would be willing to identify one person on the EU-wide MEP list as their preferred choice for the top commission post.
The highest placed MEP on the EU-wide list, who also enjoyed party support, would take the commission job in 2014, with members of the constitutional affairs committee also calling for a better alignment between parliamentary and commission terms.
"It all sharpens the politics of the [European] election campaign," said Duff.
Публикувано от ЦЕНТЪР ЗА ПРОДЪЛЖАВАЩО ОБУЧЕНИЕ в 17:03 ч. 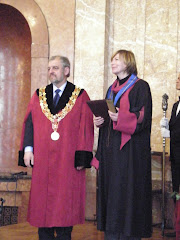